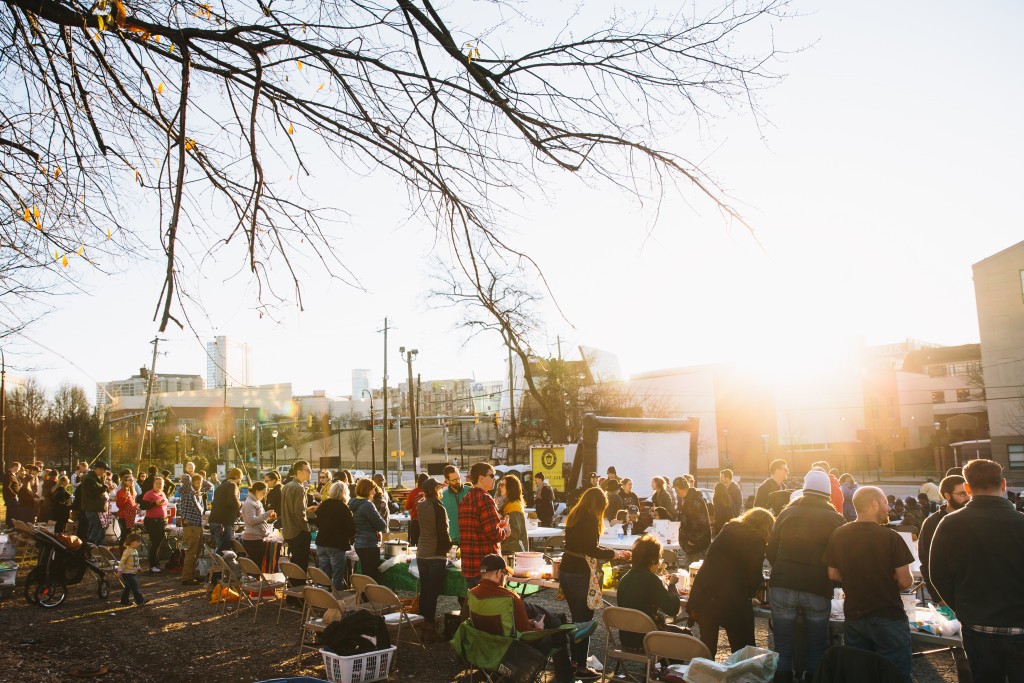 I went to my first Lazarus event in 2010. I had been out to serve a few times with a weekly team, and a few weeks later I found myself at the 8th Annual Super Bowl Party. It was also the third year the party had included a Chili Cook-Off.

This year we watched the game at the 14th Annual Super Bowl Party. (If you’re counting, fourteen years ago we were watching Super Bowl XXXVI.) I try to imagine how Lazarus must have evolved as an organization in its 15 years- impacting lives, forming friendships, restoring dignity, and promoting kinship. I’ve seen so much change and growth in just six years, in myself and in the relationships I’ve formed.

And the Super Bowl Party is especially unique. Mostly because that’s exactly what it is and that’s all it is- a party.

This year, we enjoyed a bright, sunny day with hundreds of volunteers and guests. At every turn, I could see people taking pictures in the photo booth, thoughtfully considering their chili options, exchanging laughs and stories, and playing games (including several rounds of Bingo called by some very serious and committed MCs).

Lazarus truly embodies kinship and dignity through relationships, and there’s something beautiful and restoring about hanging out and feeling overwhelmed by the abundance of chili and popsicles (courtesy of our friends at King of Pops!) or debating Panthers vs. Broncos, regardless of how we got there.

If you haven’t experienced this yet, just come to one of our events.