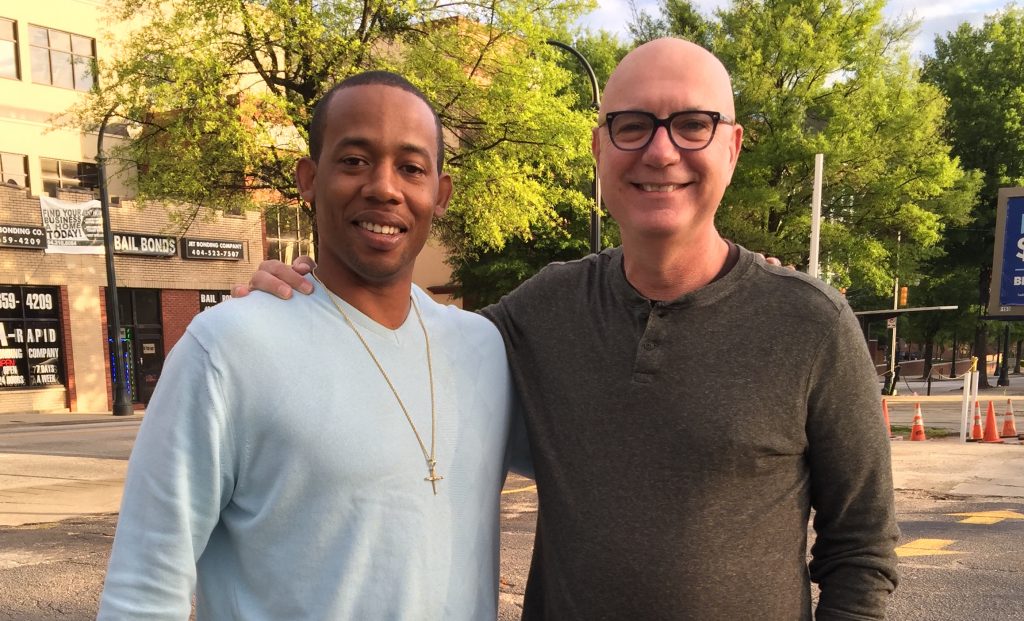 As a man, you must understand the difference between needing others in Life and depending on others to Live.

That quote was used by my friend, Hakeem Turner who I met last year while volunteering with Lazarus at the Atlanta Mission in a program called Jobs for Life (don’t you love collaboration?) The purpose of Jobs for Life is to help those in need find dignity through meaningful work and it also engages volunteers in mentoring relationships. JFL asks the volunteers, or Champions, to commit to journey with a student and help provide friendship, support and a sense of community that will help them complete the course and also overcome potential employment barriers down the road. JFL really stresses the fact that 80% of people find their jobs through personal relationships. And when you haven’t had a healthy network of friends, the process of seeking employment becomes even more difficult. So the relational aspect is crucial to employment opportunities and a big part of the dynamic that JFL, and Lazarus, seeks to change.

As we began the JFL course, there were 10 students in the class and 10 Champions and I found myself immediately drawn to Hakeem. I left class each week motivated by his faith, enthusiasm and confidence. He knew he was right where he needed to be and was taking advantage of every opportunity offered him so he could prepare for where God was taking him next. As I drove home each week, I always would think – who is helping who here?  To reinforce the relational aspect, one night Hakeem was at the Mission when he normally wouldn’t be there because his Men’s Group had been cancelled due to weather. Because of those divine circumstances, he ran into a man from his church that he didn’t know was volunteering at the Mission. As they discussed his situation, he discovered the acquaintance was a business owner and was asked to come to his office the next day for an interview. That week, he was offered a job, even before the JFL class was completed.

At the conclusion of the class, Hakeem and I began meeting monthly to share life, talk about his job, pray, but most importantly, develop a friendship. Little did he know he would become such an influence in my life, because a few months later, I was unexpectedly laid off from my job and our roles completely reversed. During that period, Hakeem was a huge encouragement to me through my unexpected change in circumstances. One day he checked in to see how I was doing and as I expressed my anxiousness, he told me to “Stop trying to figure it out. Just BE.  Maybe God is trying to still you.” Over the next few months, as I sought counsel from others, Hakeem’s advice was some of the best I received.

One of the things I’ve always loved about Lazarus is we believe kinship is rooted in mutual connection and responsibility for one another. As the last year has taken several twists and turns with new ministry and business ventures for both me and Hakeem, he has taught me what kinship looks like in an entirely new way and I’m proud to call him my friend.

Want to be a champion? Be a part of our next class.